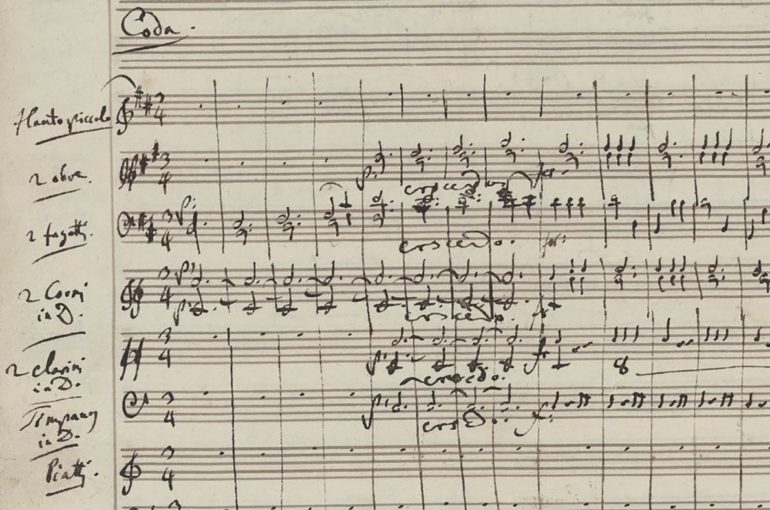 The dance music composed by Mozart is full of masterpieces (he himself considered it with the utmost seriousness), but sadly constitutes one of the most neglected parts of his discography.

“Mozart shared a love of dance with his Viennese compatriots: according to Nissen, he was so passionate about it he missed neither masked balls in the theatres nor private ones at the homes of friends”(Paul Johnson, A Life). As “chamber composer” of Emperor Joseph II (a position he finally obtained in December 1787), Mozart had to write music for the court dances and balls that were held at the Redoutensaal of Vienna’s Hofsburg.

The Six German Dances, K 571 were written for the 1789 carnival. Among those, the 6th German Dance is clearly Turkish-inspired (see the use of percussions, which Mozart noted as “piatti” and “trommel”). At this time (and until 1791), Austria was at war with Turkey – again (“Habsburg–Ottoman War”). Besides being another example of the oriental exoticism that was in trend in the artistic production of the late 18th century, dancing on Turkish Music can also be seen as a way to boost Austrian patriotism in the context of the ongoing conflict.

Listen to these 6 German Dances with Nikolaus Harnoncourt and his Concentus Musicus Wien.

Watch a superb version of the 6th German Dance by Ensemble Pygmalion conducted by Raphaël Pichon.