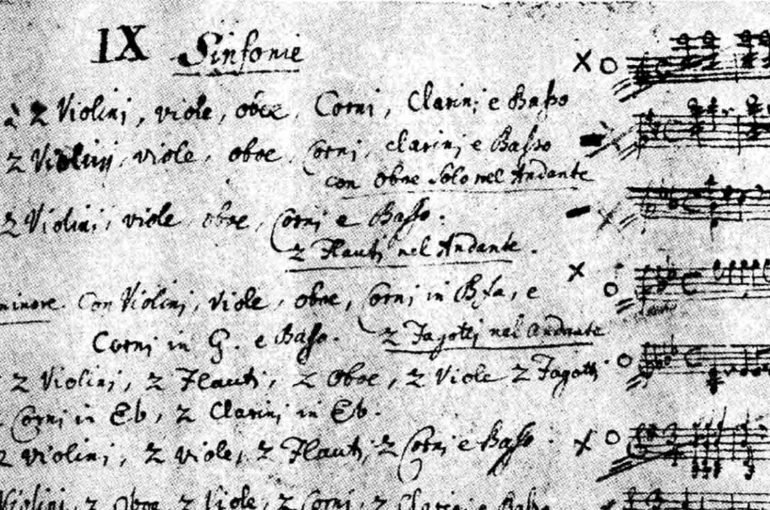 Photo : frontpage of the manuscript

This symphony was written by Mozart in 1773, a few weeks after his return from Italy for the premiere of Lucio Silla. Very theatrical, with trumpets and no breaks between the three movements, this symphony (“sinfonia” on the manuscript) has all of an Italian overture.

The first movement is majestic, with tremolos of violins and lasts almost 5 minutes, which makes it “the longest movement to date in a Mozart’s symphony … soon to be exceeded” (Stanley Sadie). The second is a melancholic Andantino grazioso, with a solo oboe playing a very touching melody on a Sicilian rhythm. The symphony ends brilliantly with a four-beat “Presto assai”, in the form of a German dance.

Our favorite version is the one recorded by the Akademie für Alte Musik Berlin, which is full of panache, virtuosity with superb orchestral colors. You can also listen to Nikolaus Harnoncourt with the Concentus Musicus Wien, in a “darker” version.

You can watch this beautiful video of Ton Koopman conducting the Mozarteum Orchestra. This was filmed in 2002 at the Mozarteum in Salzburg.