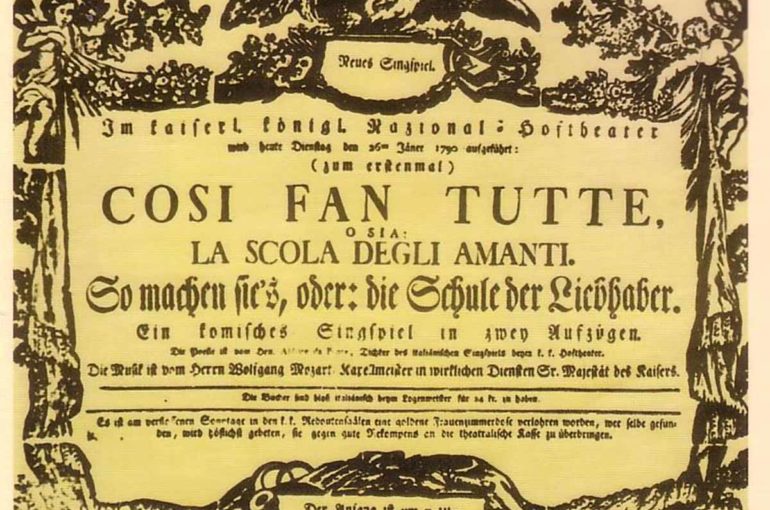 On 26 January 1790, the first performance of Cosi fan tutte takes place at the Burgtheater in Vienna.

That same year, Mozart drafts a petition to request the position of second kapellmeister to the court and writes the two Prussian Quartets K.589 & K.590.

He visits his wife Constanze at Baden, where she is taking a cure. On 23 September, he leaves for Frankfort with Franz Hofer for the coronation of the new Emperor Leopold II. Mozart performs a “grand concert” in Frankfort, followed by another one in Mainz.

On 10 November, Mozart returns to Vienna, in the new family lodging of the Rauhensteingasse. On 14 December 1790, he attends a farewell dinner for Haydn, who is leaving for London. Haydn and Mozart were never to see each other again…