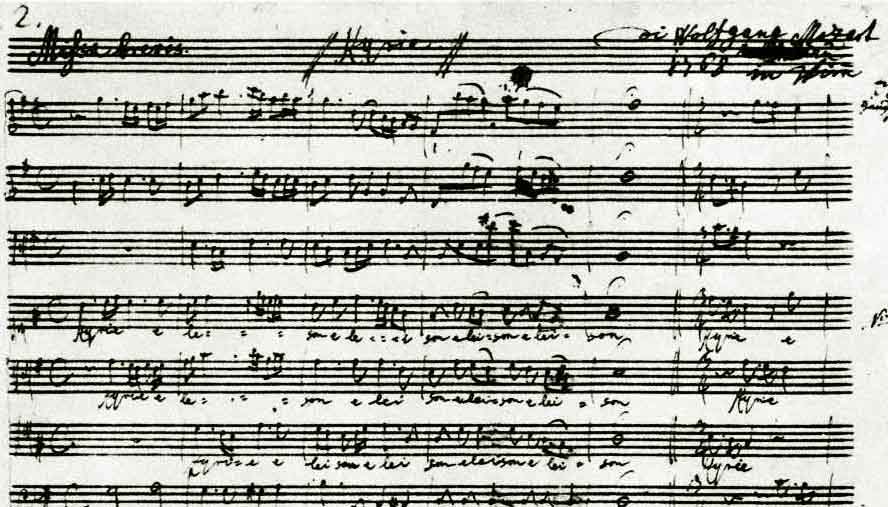 Probably composed in Vienna in the autumn of 1768, this Missa brevis is the earliest surviving complete mass by Mozart.

According to the Cambridge Mozart Encyclopedia, “although the teenage Mozart had not yet fully learned the typical attributes of a Missa brevis, the composer’s promising talents are readily apparent. The long, multi-movement Credo resembles that of a longer, number mass: three movements with ten changes of tempo, ending with an ‘Et vitam’ fugue. K49 is Mozart’s only missa brevis to have a viola part in addition to the usual church string trio (2 violins + bass). The ‘Et incarnatus’ is beautifully ethereal, as angelic strings with slowly moving harmonies in repeated quavers accompany the chorus, and dramatic rests and descending chromatic lines heighten the magic of ‘passus et sepultus’.”

Our favorite version is the one conducted by Peter Neumann, with the Kölner Kammerchor, the Collegium Cartusianum Köln and a superb quatuor of soloists, including soprano Agnès Mellon. In a very different style, the version conducted by Nikolaus Harnoncourt is also magnificent.