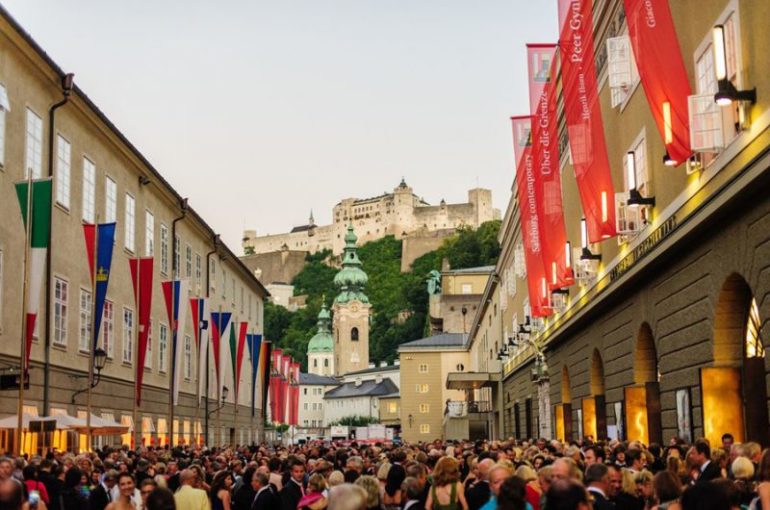 It’s now confirmed ! The 2020 Salzburg Festival will definitely take place, from 1 to 30 August, with 90 different shows.

There will be 2 staging productions : Mozart’s Cosi fan Tutte in the Grosses Festspielhaus, limited to about 1,000 of its 2,300 seats, and Richard Strauss’ Elektra in the Felsenreitschule, which will hold roughly 700.

You can read the whole program here.

The direction of the Festival has just published the following press release :

The summer of 2020 will not see the implementation of the centenary programme announced with such joy and received with such empathy by the audience throughout the world this past autumn. However, it will be possible to implement a programme which is artistically meaningful and economically justifiable. Instead of 200 events over 44 days at 16 performance venues, there will be approximately 90 performances over 30 days at a maximum of 6 venues.

All the productions of the anniversary programme which cannot be shown in 2020 will be postponed to 2021. The centenary programme is to begin with the opening of the State Exhibition at the end of July 2020 and end with the closing of the Festival on 31 August 2021.

Of course, the centenary of the founding play Jedermann will be celebrated on 22 August 2020. The details of the modified programme will be presented by Artistic Director Markus Hinterhäuser at the beginning of June.

After the cancellation of the Salzburg Whitsun Festival and the refunding this necessitated, the Ticket Office of the Festival now faces an even greater challenge. At the beginning of this year, the Festival was proud to celebrate a new record in ticket sales. 180,000 tickets with a total value of 24.5 million Euros have already been sold.

The modified programme will feature completely different dates and a significantly reduced number of performances, which now forces the Festival to reverse and refund its entire ticket sales. When assigning new tickets, those in possession of tickets for the original programme will have priority.