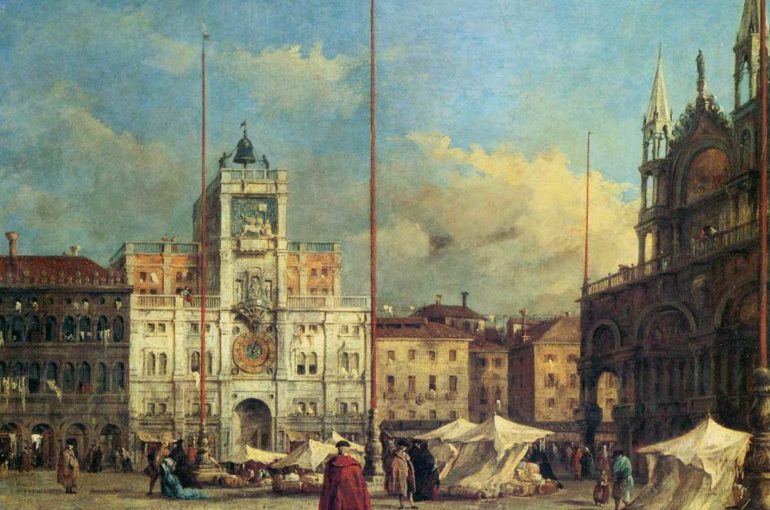 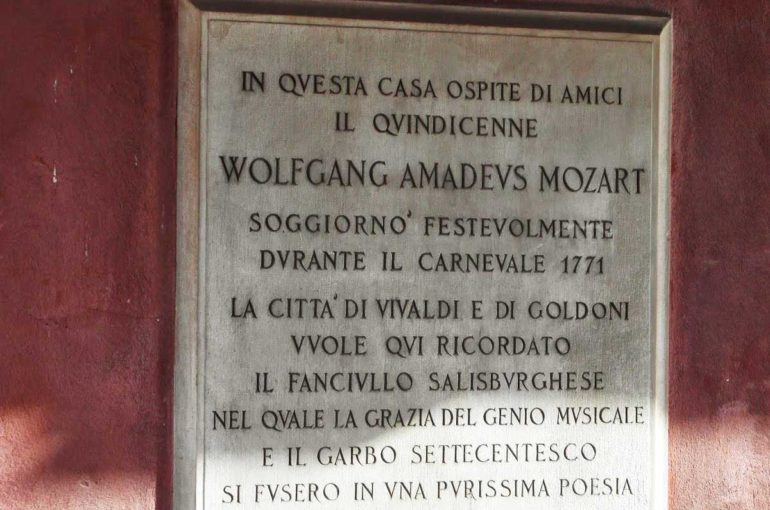 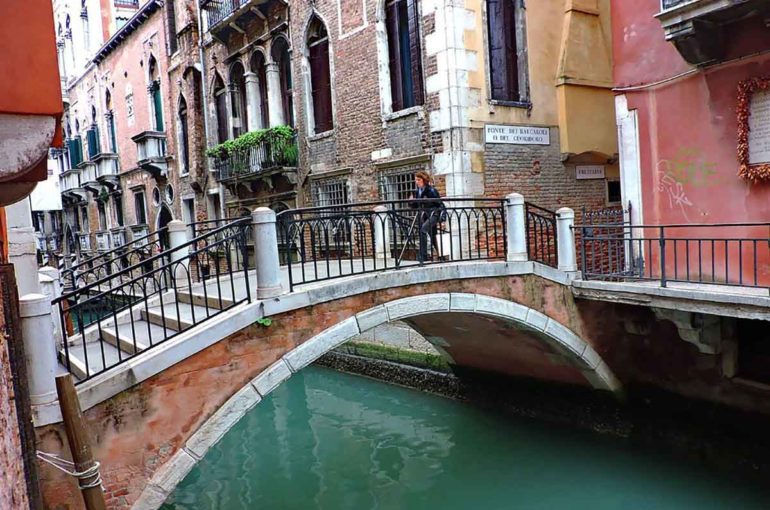 Mozart and Venice, one of the greatest artistic and musical hotspots of the 18th century, were to meet only once. It is at the very end of his first Italian tour, a short while after the glorious premiere of his Mitridate in Milan, that a fifteen-year-old Mozart reached Venice, where he was to spend a whole month with his father.

From their arrival on February 11th 1771, up to their departure on March 12th of that same year, none of the pleasures the glimmering city can offer seem to have been missed by the Mozarts : gondola rides on the Grand Canal, sightseeing, carnival, casinos, parties etc. They notably spent a lot of time with the Widers, a family of merchants originating in Salzburg and whose daughters are referred to as “pearls” by Wolfgang.

The Mozarts stayed at Casa Ceseletti, a private house by the Ponte dei Barcaroli, a few steps away from the piazza San Marco. A plaque celebrating the event can now be seen (see picture) and particularly emphasizes the festive aspect of Mozart’s stay in Venice.

Of course, in this city teeming with opera houses, the Mozarts went to opera; they probably attended Borghi’s Siroe (San Moise) and Boroni’s Le contadine furlane (San Benedetto). Above all, Wolfgang heard the famous prima donna Anna De Amicis (San Benedetto), who would later create the role of Giunia in Lucio Silla (Milan, 1772).

On March 5th, Mozart also gave a successful concert, which was attended by the nobility of the city. Even if they do not appear to have had the same success that in the other Italian cities they had been travelling to, Wolfgang and Leopold were generously welcomed by the local aristocrats. As Leopold enthusiastically writes to his wife: “often the noble himself accompanies us on our return; and this is true of the greatest of them, for instance, the Cornaro, Grimani, Mocenigo, Dolfino, Valieri and so forth”.

It may be through the Grimanis that was Mozart was commissioned an opera for the San Benedetto Theatre due to be performed in 1773. However, for a reason yet to be clarified, this project never came to life.