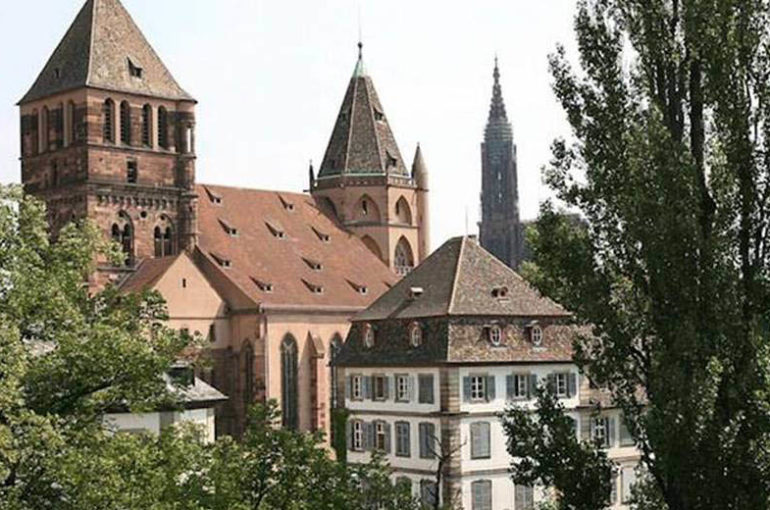 On his way back from Paris, Mozart reaches Strasburg around October 10th, 1778. Despite being urged by Leopold to come back to Salzburg as fast as possible, Mozart is to spend almost one month in Strasburg. After his trying and painful stay in Paris, this turns out to be an invigorating break for the 22-year-old musician… who is in no rush to go back home, all the more as he now is aware this won’t bring him closer to his beloved Aloysia Weber, who is set to make a carrier in Munich.

His stay in Strasburg cannot be described as highly productive. As far as we know, he does not compose anything during that period. He gives three concerts, in front of a disappointingly small audience – and for an even smaller profit. These performances are a critical success though, and the local connoisseurs acclaim him vigorously.

His stay in Strasbourg offers Mozart the opportunity to meet the renowned organ builders Johann Andreas and Johann Heinrich Silbermann, and to play on the high-quality organs of St Thomas Church (see picture) and Temple Neuf. He is also warmly welcomed by enthusiastic local musicians such as Kapellmeister Franz Xaver Richter.

“Strasbourg can scarcely do without me. You cannot think how much I am esteemed and beloved here. People say that I am disinterested as well as steady and polite, and praise my manners. Everyone knows me.”

On a related note, it has to be added that, in a 1775 letter to Leopold, Mozart calls one of his violin concertos the ‘Strassburger-Concert’. This name is generally believed to refer to his Violin Concerto n°3 K.216 and could derive from the opening orchestral motive in the third movement, which sounds like a local dance. In any case, it has nothing to do with Wolfgang’s own stay in Strasburg, which will only take place three years later.