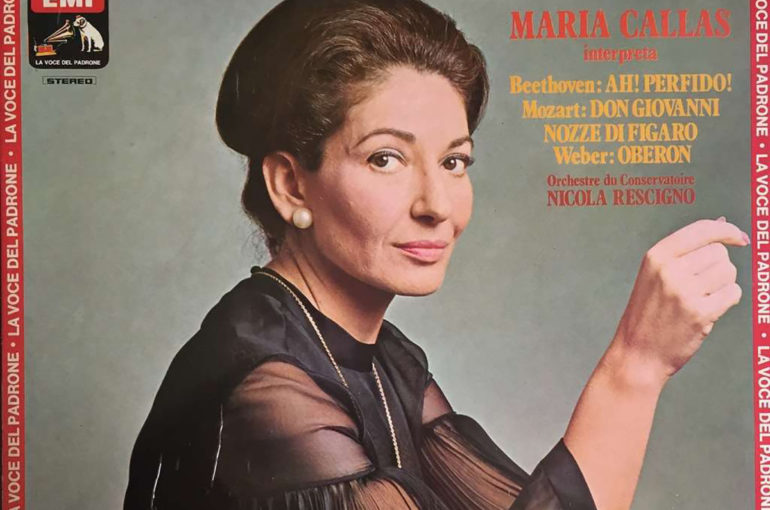 Maria Callas and Mozart is like a failed love story. How we would have liked the diva to sing Mozart’s seria roles: Donna Anna in Don Giovanni, Fiordiligi in Cosi fan tutte for example, but also and above all, Elettra in Idomeneo or Giunia in Lucio Silla.

But Mozart’s operatic roles didn’t really interest Maria Callas, though she liked his music. She declared :

“He (Don Giovanni) is much more interesting than Donna Anna. I am not belittling her music, but really that woman is a crushing bore. Donna Elvira is more interesting – though not much more. She will not take no for an answer. I never considered singing the Queen of the Night either, nor the Countess. This does not mean that they are not good roles. An artist must feel for these people if they are to be portrayed with any integrity. Mozart is undoubtedly an extraordinary genius and I cannot imagine the world without him, but generally speaking his operatic music does not really take me out of this world. It is the Mozart of the piano concertos that I love passionately.”

Konstanze at the Scala and 4 Arias recorded

On stage, Maria Callas sang Mozart only once. It was in April 1952 at the Teatro alla Scala in Milano,  for 4 representations. The divina sang, in Italian, the role of Konstanze in Die Entführung aus dem Serail.

Listen to our playlist dedicated to Mozart and Maria Callas.